The Ball Family is the tenth episode of series 2 of the British Supernanny TV show.

Michelle used to be an outgoing woman brimming with confidence and ambition. A Latin dance champion, she lived life to the full.

But four years later she's a full-time mum and things couldn't be more different. Even though he's three, Ryan is still in nappies, acts like a baby and is violently jealous of his little baby brother Kyle. Even with Gran's full-time help, Mum doesn't have a minute for his baby brother, and even less for herself.

Can Supernanny Jo Frost put an end to the misery and give Michelle her life back?

Jo shakes up the household by sending Gran away, enforcing a strict routine, stopping Ryan demanding to be carried all the time, getting rid of the dummies and nappies, and imposing a proper bedtime routine.

Things pick up until Supernanny finds Michelle in floods of tears." - Channel 4 website 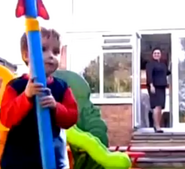 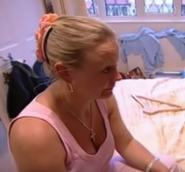 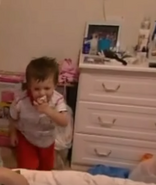 Ryan when he appeared on Supernanny. 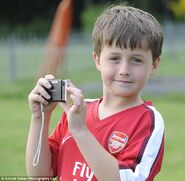 Ryan as featured on the Daily Mail article when he made headlines for photographing a run-down park. (c) Arnold Slater Photogra 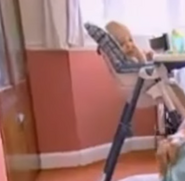 Kyle Stares At the camera

Ryan jealousy pushes Kyle
Add a photo to this gallery

Ryan took photographs of a run-down park using Michelle's camera. The photos Ryan took were then sent to council and clean-up efforts went underway since then.[1]

Retrieved from "https://supernanny.fandom.com/wiki/The_Ball_Family?oldid=183597"
Community content is available under CC-BY-SA unless otherwise noted.